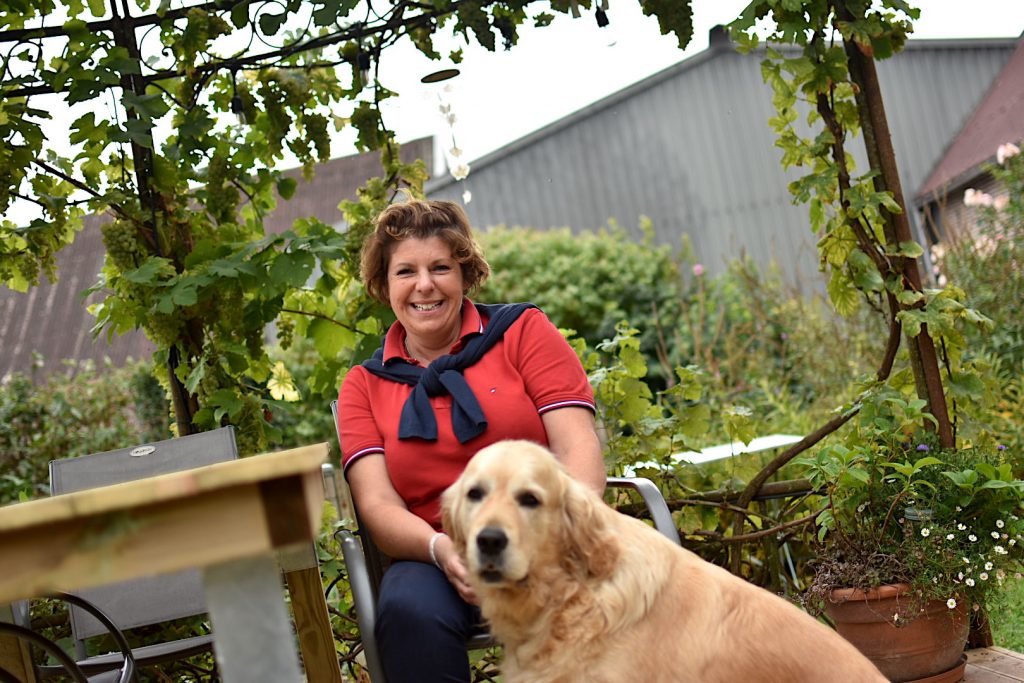 This story is above all a family story. Sandrine Chatelain has lived in this former abbey, which has become a dairy farm, since her birth. Generation after generation, the farm remains in the family. “We are the seventh generation,” she adds. Accompanied by her husband, José-Pierre, she takes over the family farm after her father, even if the latter is never far away and lends a lot of help. In 2009, they decided to diversify the activities of the dairy farm by offering guest rooms. The concept seduced and began one of the big changes within the farm. In more than ten years, the activity which was then only complementary becomes main. Today, “La Rose Laitière” offers a 120m2 reception room as well as a guest room and also two gîtes. Accompanied by their son, Raphaël, and Jérôme, their employee, Sandrine and José-Pierre continue to develop this activity.

During the difficult period of confinement, the Chatelain family immersed themselves in the “classification of furnished tourist accommodation”, or their two lodgings. According to a predefined rating grid, the two lodgings were rated by an independent body and received a 4 star rating, crowning the work undertaken by the family with success. “This is a great reward for our eleven years of work,” adds Sandrine Chatelain. Above all, this distinction sheds light on the entire establishment.

Still during confinement and with a view to offering new services to their visitors, the family decided to refurbish a caravan to make it an “unusual accommodation” on the edge of the pond and within the enclosure of “La Rose Laitière”. “. What to take full advantage of the surrounding nature. 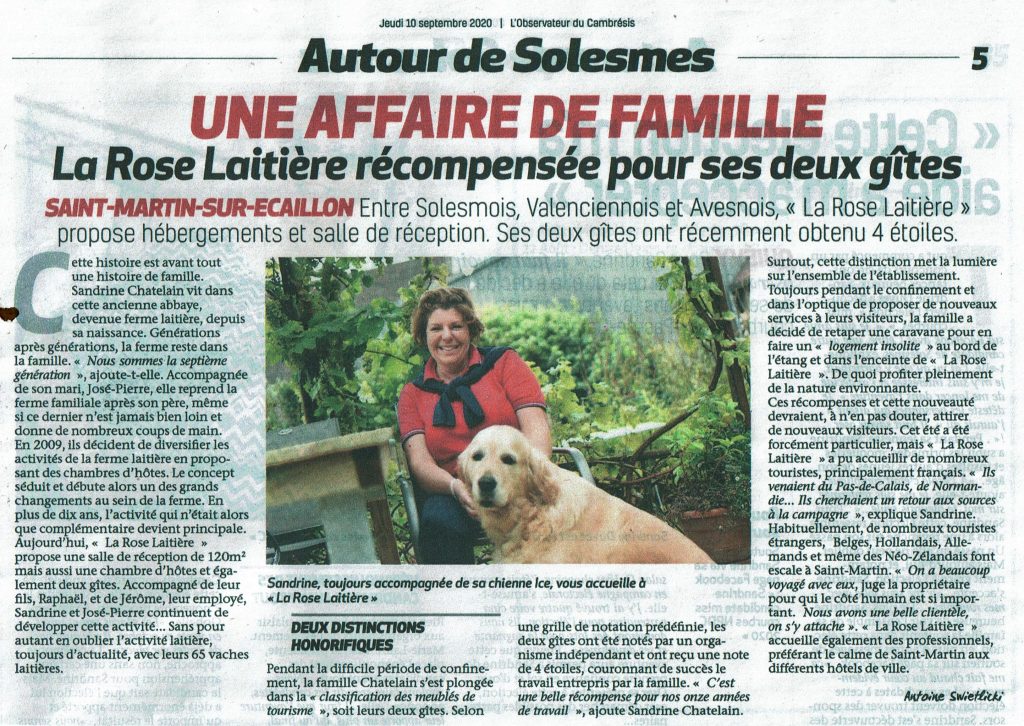 4 Stars 4*
We use cookies on our website to provide you with the most relevant experience by remembering your preferences on future visits. By clicking on "Accept", you consent to the use of ALL cookies.
Réglages des CookiesACCEPTERREJETER
Manage consent

This website uses cookies to improve your experience while you navigate through the website. Out of these, the cookies that are categorized as necessary are stored on your browser as they are essential for the working of basic functionalities of the website. We also use third-party cookies that help us analyze and understand how you use this website. These cookies will be stored in your browser only with your consent. You also have the option to opt-out of these cookies. But opting out of some of these cookies may affect your browsing experience.
Necessary Always Enabled
Necessary cookies are absolutely essential for the website to function properly. This category only includes cookies that ensures basic functionalities and security features of the website. These cookies do not store any personal information.
Non-necessary
Any cookies that may not be particularly necessary for the website to function and is used specifically to collect user personal data via analytics, ads, other embedded contents are termed as non-necessary cookies. It is mandatory to procure user consent prior to running these cookies on your website.
SAVE & ACCEPT